CSNTM has hit the ground running as travel restrictions have begun to lift. In September, Dan Wallace and I travelled to the United Kingdom, where we visited a few libraries in England.

Our purpose was to make some contacts and secure digitization agreements. We hope to return with our equipment to digitize Greek New Testament manuscripts in these collections.

It was good to be back in the UK where I lived for 6 years. Our first stop was at a library in London, where we examined a few Greek New Testament manuscripts, some collations by scholars of previous generations, and an important manuscript in the history of the English Bible.

From there, we went north to Cambridge. The city is filled with amazing libraries, and the one we visited had an incredibly difficult palimpsest (that would greatly benefit from MSI), as well as some valuable unpublished work by scholars who were active more than a century ago.

In Birmingham, our next stop, we met with a couple of scholars to get advice on how we at CSNTM could use our resources to better serve the wider discipline. Textual criticism is a small world, and the more collaboration we can do, the better.

At our final stop, Oxford, we made a couple of big purchases for the CSNTM Research Library at both Blackwells and St. Philip’s Books (which might be my favorite second-hand bookstore that I’ve ever visited). We also visited two libraries in Oxford that had some amazing New Testaments and an unpublished, handwritten catalogue of Greek manuscripts written by a scholar who lived in Oxford at the time. We did not walk on the grass. 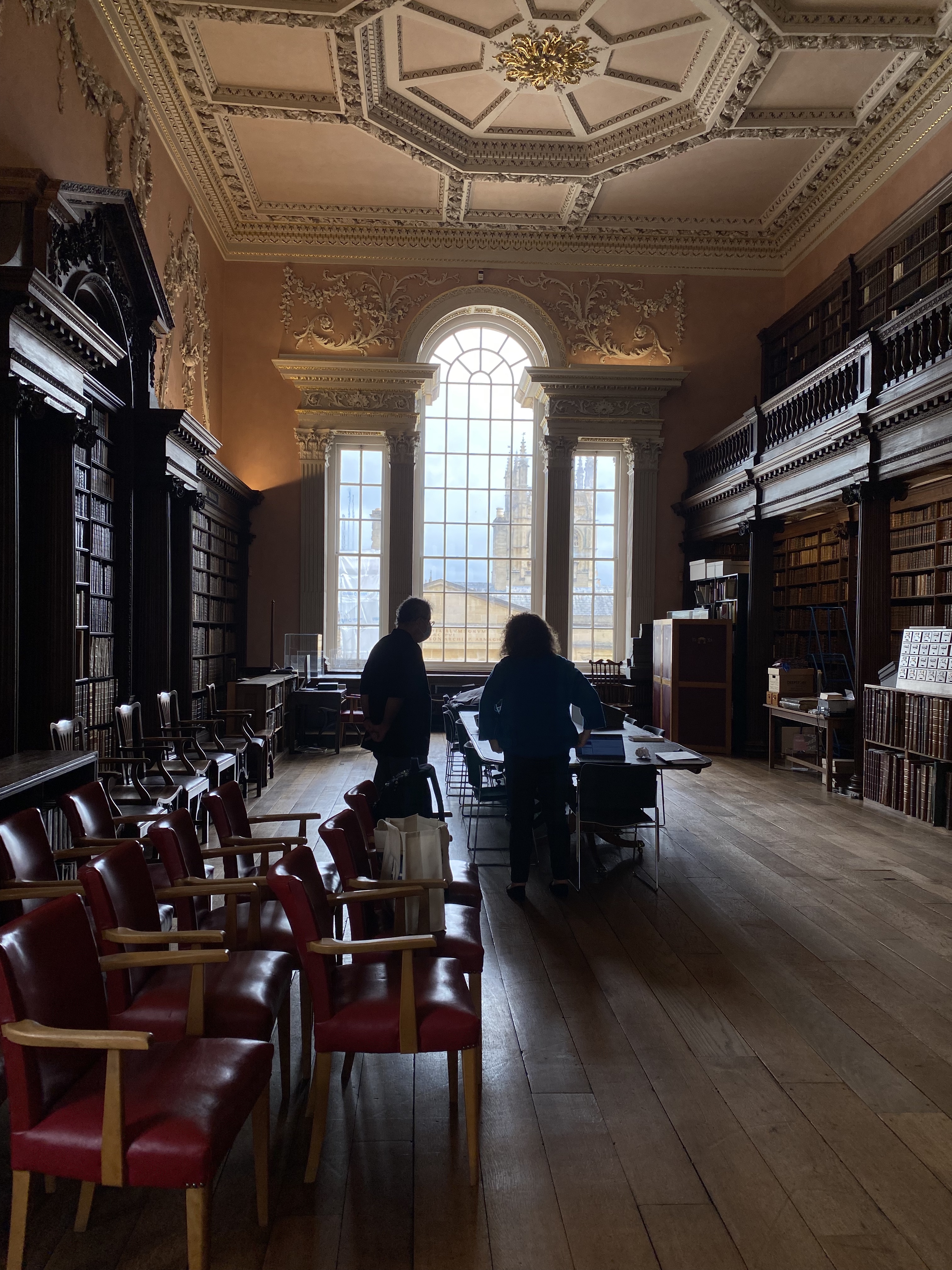 Dan Wallace and I felt our trip to be quite successful. We were able to see several fascinating manuscripts and make some important library acquisitions. And, hopefully soon, CSNTM will return to the UK to digitize several manuscripts with our new equipment.