The Center for the Study of New Testament Manuscripts (CSNTM) Digital Library contains hundreds of Greek NT manuscripts, each with its own story to tell. In our From the Library series, we will feature individual manuscripts and common manuscript features using images digitzed by CSNTM. We hope these articles showcase the unique beauty and significance of these fascinating documents. This is part of CSNTM’s mission to make NT manuscripts accessible for everyone.

In 2018 CSNTM digitized the collection of the Library of the Hellenic Parliament in Athens, Greece. As we feature this manuscript in our From the Library series, we will give our attention to the process of digitizing this manuscript, see how it handles the story of the woman caught in adultery, and discuss the commentary included throughout.

From the Library: Illuminations of Passion Week 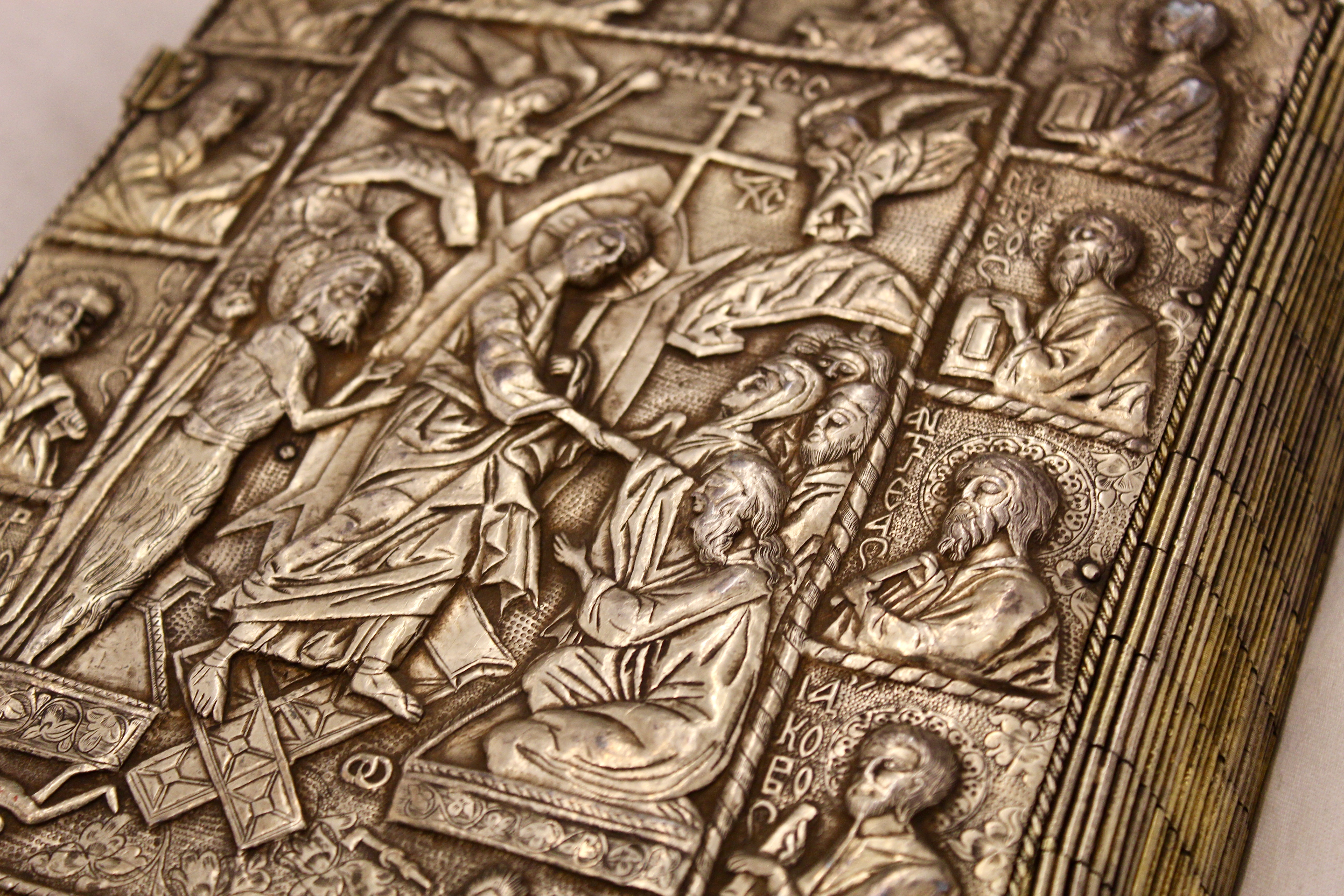 Join us as we look at the unique ways readers of Scripture in the past signified Holy Week in their manuscripts with images and illuminations. 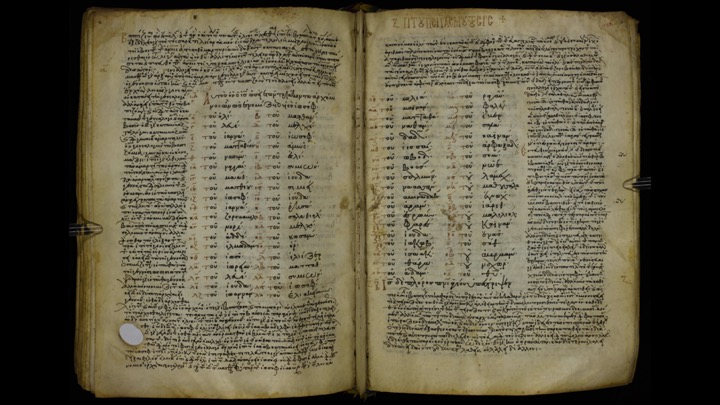 One of our former interns features a medieval manuscript from the National Library of Greece that contains important commentary and a few surprises in the biblical text. 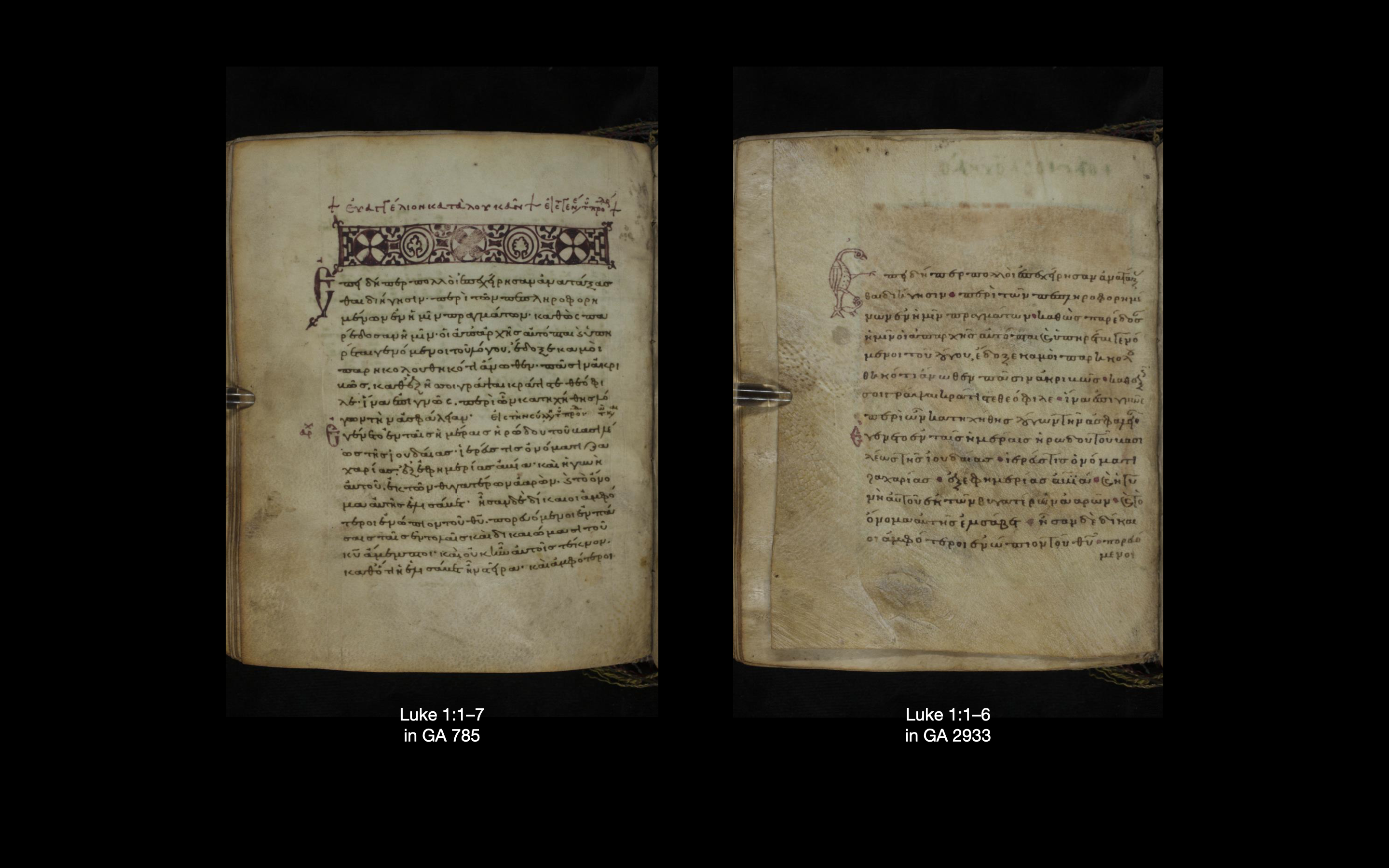 How did a manuscript end up with two copies of the beginning of Luke? In his final From the Library contribution as a CSNTM staff member, Andy Patton retells how Dr. Wallace discovered one manuscript within another at the National Library of Greece and examines the relationship between the two documents.

From the Library: The Christmas Story As Told By Manuscripts 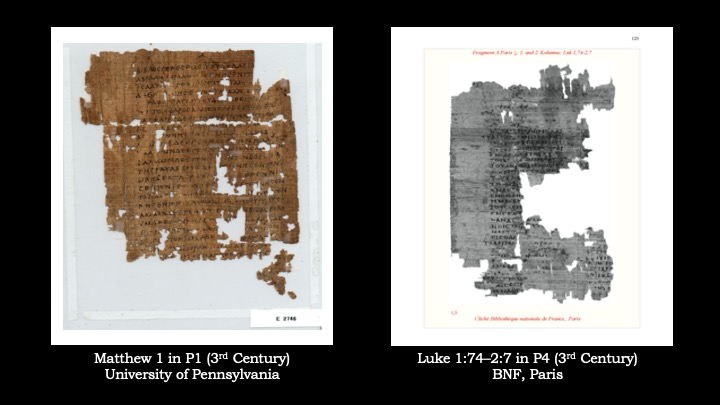 A special Christmas blog is the latest in our From the Library series. Leigh Ann Hyde and Johnathan Watkins discuss the textual history of the nativity story.