The Center for the Study of New Testament Manuscripts (CSNTM) Digital Library contains hundreds of Greek NT manuscripts, each with its own story to tell. In our From the Library series, we will feature individual manuscripts and common manuscript features using images digitzed by CSNTM. We hope these articles showcase the unique beauty and significance of these fascinating documents. This is part of CSNTM’s mission to make NT manuscripts accessible for everyone.

From the Library: Lectionary 1807 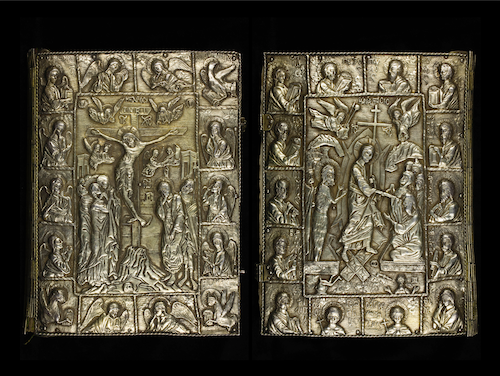 Lectionary 1807, a manuscript from the National Library of Greece in Athens, is particularly noteworthy as an artifact because of its ornate silver covers, carefully crafted in the high middle ages. We examined the various images on its cover including the large scenes of Jesus’ death and resurrection.

From the Library: Decorated Letters in Greek New Testament Manuscripts 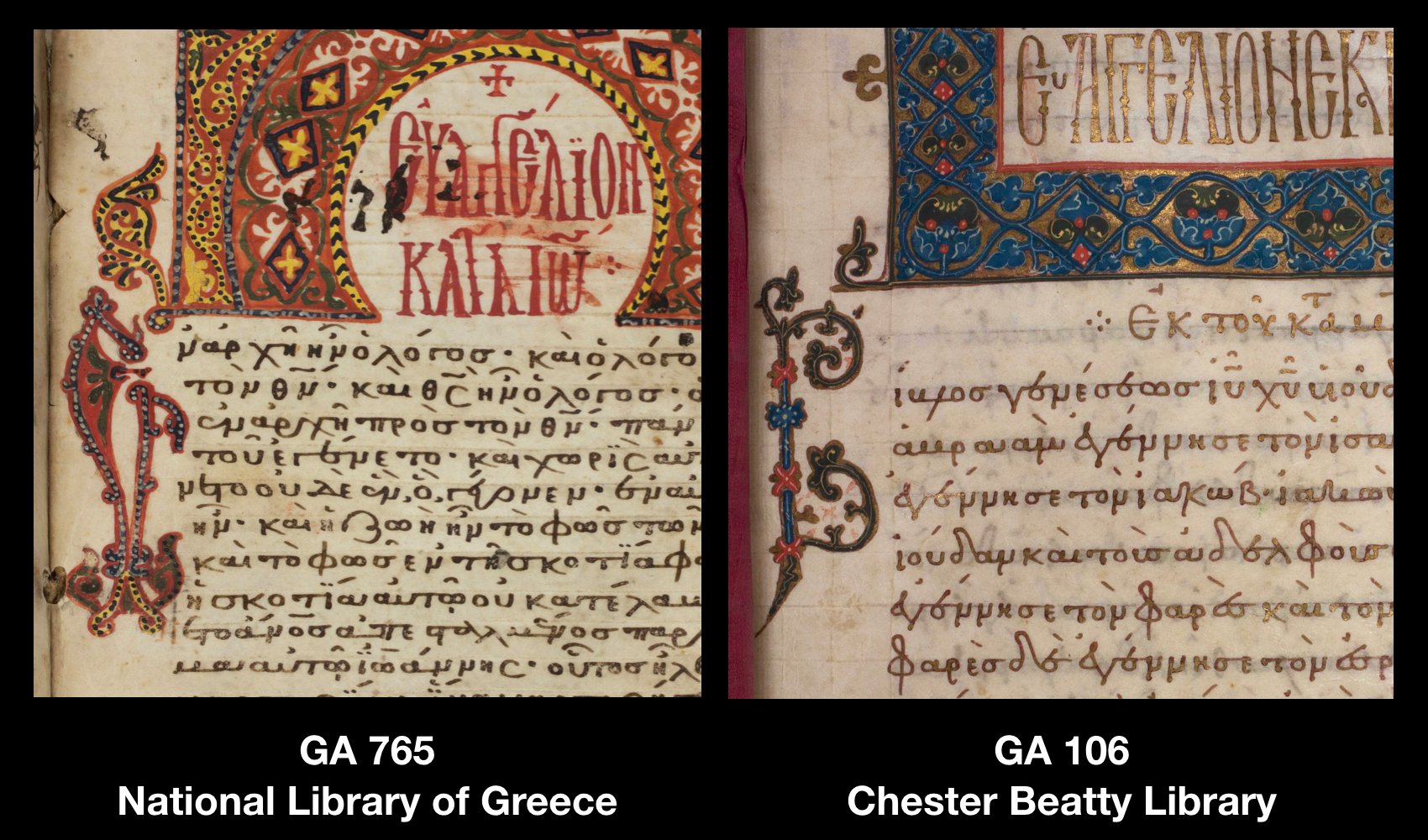 New Testament manuscripts are not only vehicles of Scripture passed down to future generations through careful copying, but also are repositories of many features that make them unique, beautiful, easy to navigate, and eye-catching. One of the most common features are ektheses—a visual marker that signifies the beginning of a new paragraph or other section by giving the first letter prominence through color, decoration, or position on the page. This post examines different styles of ektheses in five New Testament manuscripts.

From the Library: Eusebian Canons in Greek New Testament Manuscripts

When readers open up the beginning of a Gospel manuscript, whether physically or digitally, they often come across pages of lists that are arranged in columns and made up of Greek letters. These lists are often some of the most decorated pages of Greek Gospels manuscripts. This article explains these elaborate tables—the Eusebian Canons—describing how they functioned in New Testament manuscripts and how they connect to modern New Testaments.

From the Library: Byzantine Lectionaries and Advent 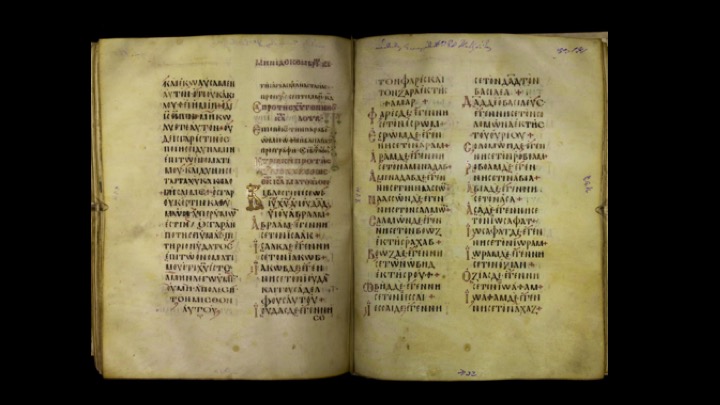 This post looked at readings for Advent in New Testament lectionaries—manuscripts arranged for reading in Christian worship. Byzantine lectionaries recorded the story of Jesus’ birth for reading when Christians gathered to celebrate their Christmas services, and the ordered readings led the congregation and clergy to reflect on the significance of the birth of their holy savior—as Jesus is described in the introduction to the Christmas readings in Lectionary 1957.