The National Library of Greece (NLG) holds one of the five largest repositories of Greek New Testament manuscripts in the world. Ancient Greece dates back thousands of years, and most consider it the birthplace of Western culture. In fact, the rise of Greek culture resulted in its language becoming the lingua franca of the first century, and it was this language in which the books of the New Testament were originally written. As a result, the most important witnesses to the text of the New Testament are ancient Greek manuscripts and it is the mission of CSNTM to digitize them. 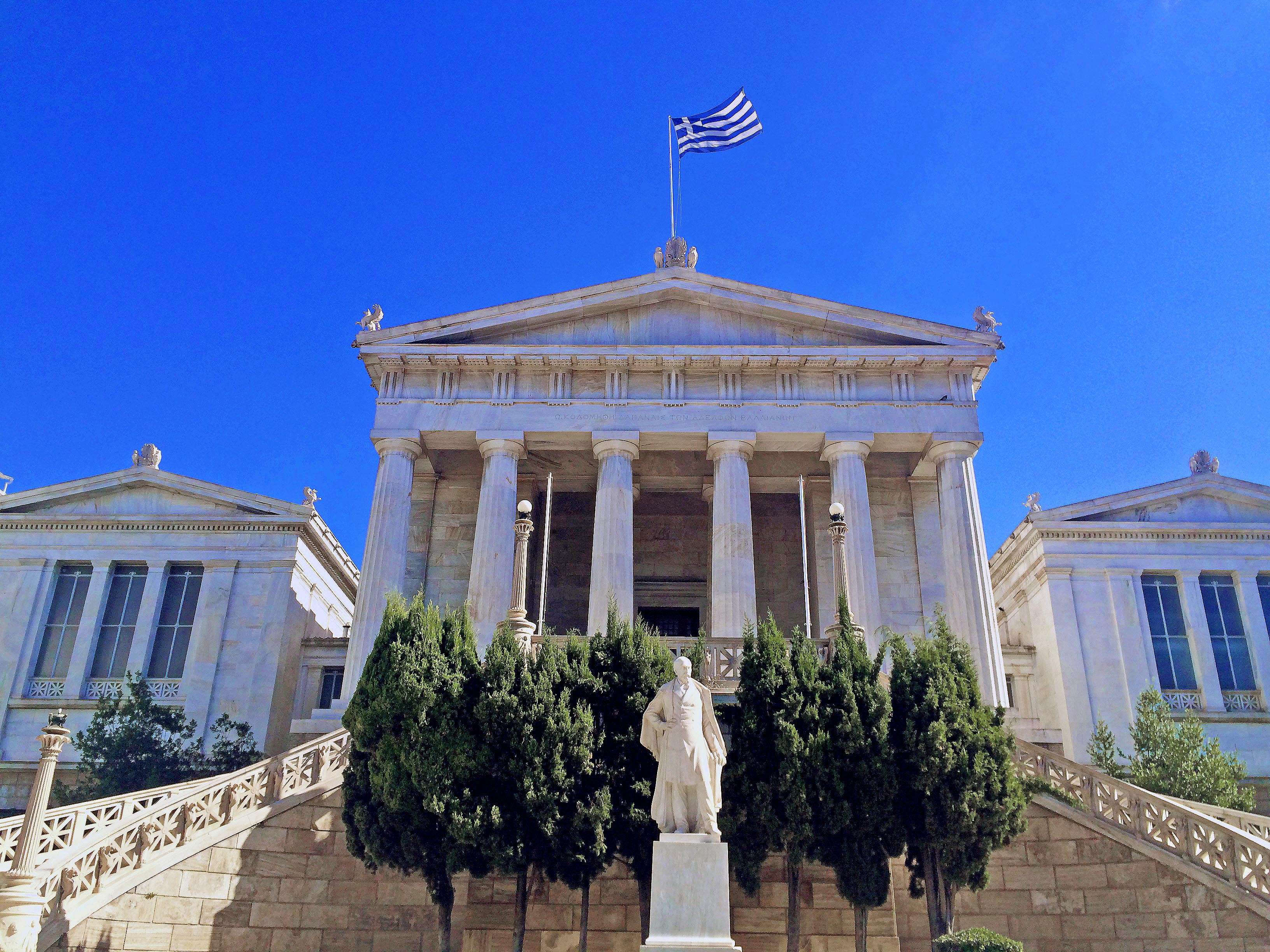 Though Greek culture is very ancient, modern Greece is a relatively young nation. In fact, it wasn’t until the early nineteenth century that Greece gained its independence from the Ottoman Empire. In 1829 the first governor of the independent Greek State, Ioannis Kapodistrias, established a library, museum, and orphanage in the first capital of Greece, Aegina. The library was established as an independent institution in 1832. That same year it was moved to the new capital Nafplio and moved again in 1834 to Athens, which became the new (and current) capital. In Athens, the library was first housed at the Roman Forum. Later it was moved to the church of St. Eleftherios. In 1842, the then Public Library was joined with the University Library, and the two were fully merged into the NLG in 1866. Both were housed at Othonos University.
On March 16, 1888, the cornerstone for a new marble neoclassical building was laid. In 1903, Greece relocated the NLG into the new location. The new structure was a part of three neoclassical buildings. The other two were the National University of Athens and the Academy of Athens. The three were named the “Athenian Trilogy.” Today, a new building is currently under construction as part of the Stavros Niarchos Foundation Cultural Center, which will house the National Library and the National Opera. The NLG considers itself the guardian of the written intellectual legacy of the Greeks. It seeks to preserve this legacy and to make it available to the public.

On January 12, 2015, the Center for the Study of New Testament Manuscripts (CSNTM) announced that it has entered into an agreement with the NLG to digitize all of these 300+ manuscripts of the Greek New Testament and make them freely available on CSNTM’s website. This is an amazing opportunity and a huge undertaking. There are approximately 5,800 Greek New Testament manuscripts that are currently known, and the NLG has 300 of them! This collection represents a significant witness to the text of the New Testament, and its digitization by CSNTM will not only ensure that these witnesses are available for generations to come but are freely available to anyone who would like to see them.

For more information about the NLG, click here or here